The calm of Milano after the rain 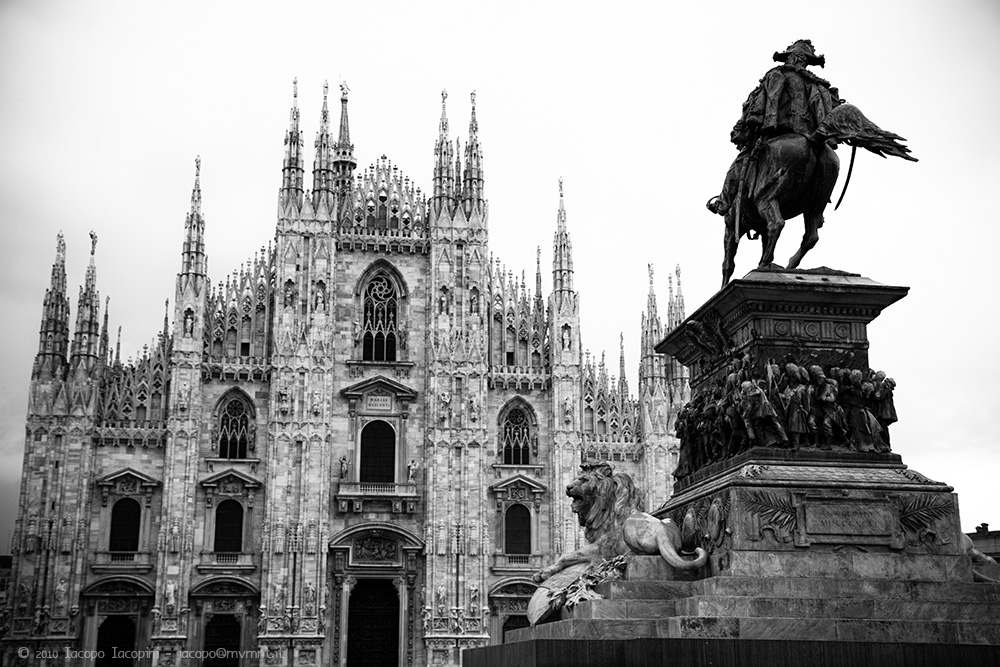 The Cathedral of Milan (in Italian “Duomo di Milano“) is located in the central square of the Milan city called Piazza del duomo. This great exalple of Gothic architecture took five centuries to complete and is one of largest churces in Europe.
The works for the building of the actual structure have been started in the 1386 and during the years some of the most important Architects of Milan have added his contribute to the aesthetic and realization. The importance of this building is well represented in its dimension:

The Madonnina tha is now one of the symbols of city has been added on the top of the building in 1762 reaching the dizzying height of 108.5 m. The façade has been finished only fifty years later by direct order of Napoleon, about to be crowned King of Italy. The last details of the cathedral were finished only in the 20th century: the last gate was inaugurated on January 6, 1965. 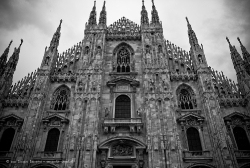 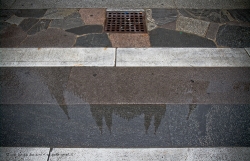 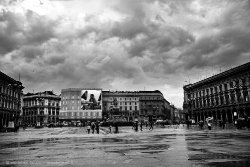 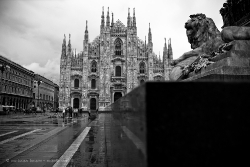 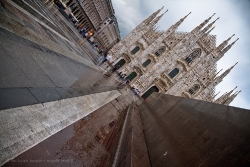 Tell a friend about this gallery
Browse other galleries of this category: Travel & Locations
Tags: architecture, black and white, Cathedral of Milan, church, duomo di milano, duomo of milano, gothic, madonnina, milano, piazza del duomo, rain.
You can follow any new comment to this gallery through the RSS 2.0 feed. You can leave a comment, or trackback from your own site.